What are the perks of a designer’s job?

At the end of last year we asked our readers to help us compile a career and salary survey of the design industry, to find out who makes up the industry and how much they get paid.

More than 2,000 of you responded and the results have been analysed and visualised by IIB Studio. 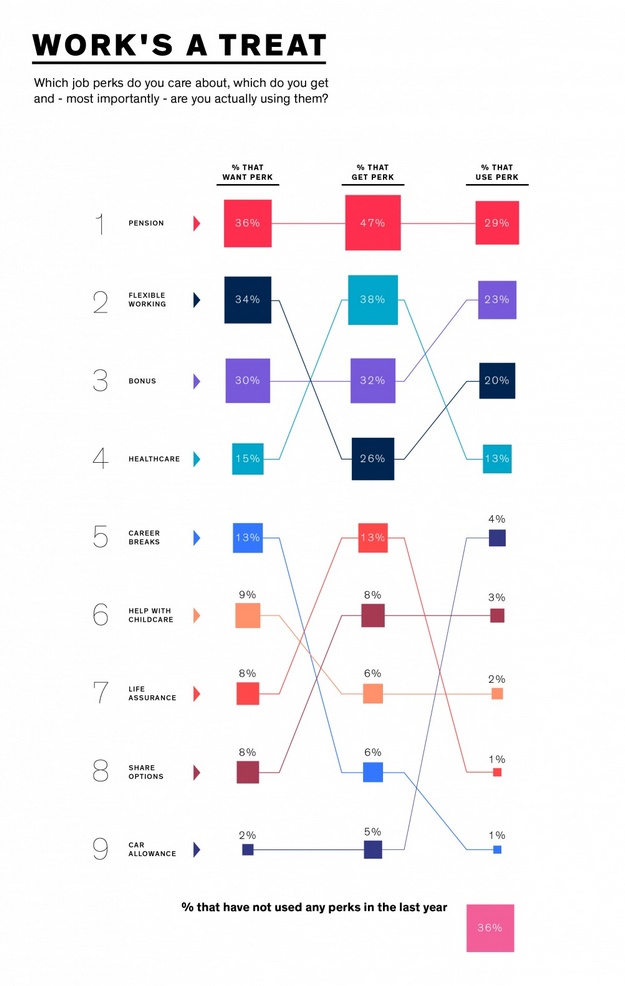 When it comes to the perks of the job, our research revealed that more than a third of you (36%) haven’t used any perks at all in the last year.

The most common benefit that people used was a pension, but even this was only taken by 29% of you – even though it’s available to nearly half of you.

A pension is also the most valued perk among designers, followed by flexible working (which 20% manage to take advantage of) and a bonus (claimed by 23% of you).

Interestingly, the idea of career breaks was reasonably popular, with 13% of you saying you would want that perk – but only 1% actually taking them. 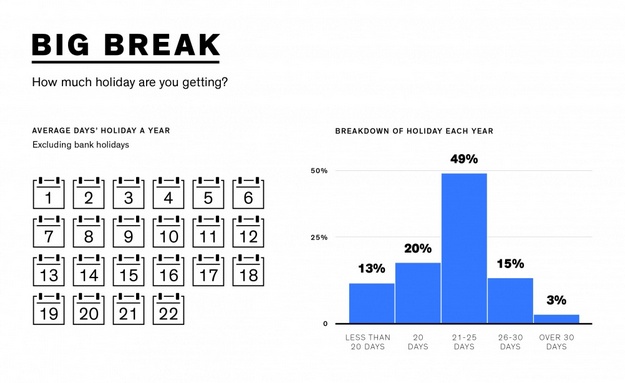 According to our research, designers take an average of 22 days’ holiday a year. The UK statutory minimum holiday allowance for people working a five-day week is 28 days a year, suggesting that some of you aren’t taking your full entitlement. 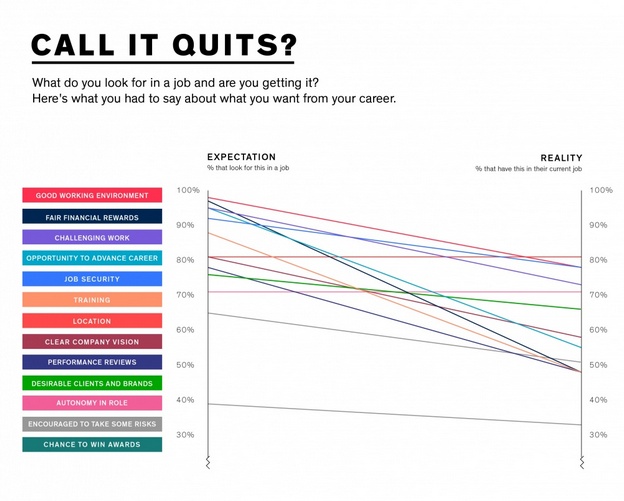 Great expectations. It seems that, for most of you, the reality of your working life fails to match up to your career expectations.

According to our research nearly all of you were looking for a good working environment, but less than 80% of you were actually getting this.

Even more worryingly, while nearly all of you were also looking for fair financial rewards, less than half of you felt that you were currently getting these.

The only two areas in which reality outstripped your expectations were in the location of your job and in the autonomy you get in your role. 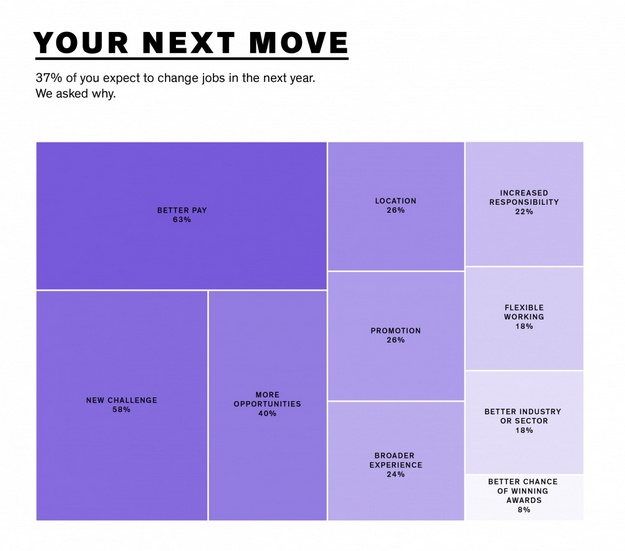 Moving on. Given the results from the last table, it’s perhaps unsurprising that 37% of you expect to change jobs in the next year.

Other key reasons were to gain more experience and to get a promotion, while 8% of you said you were looking to move on in order to improve your chance of winning awards.

Jump to our next stories to find out about more about the make-up of the design industry and how much people earn.

We asked data visualisation specialists IIB Studio to help us uncover and visualise the stories in our survey. IIB Studio took the data relating to designers and creatives and analysed them, looking for the most interesting relationships, patterns and conclusions that could be drawn. They then turned these findings into the visualisations you see here.

Our thanks to Ella Hollowood, Michael Brenner, Duncan Swain and Rebecca Conroy. For more on IIB Studio’s work, go to iibstudio.com.