Latest figures from UCAS show a 5% drop in university students applying for art and design subjects compared to this time last year, which an art school principal has put down to the “Government’s devaluing of creative education”. 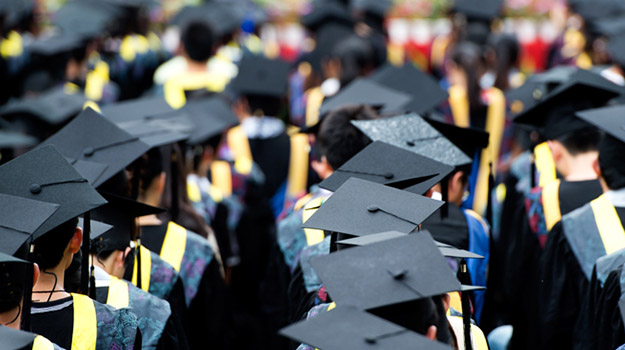 University applications for art and design subjects have dropped by 5% compared to this time last year, according to the latest UCAS results – but the number of international students applying is on the up.

The drop falls in line with an overall 4% decrease in the number of university applications across all subjects, which is 25,000 students fewer than in 2016.

Drop in UK and EU students but rise in international students

The Creative Arts and Design group is down by roughly 14,000 students overall, with a drop in UK and EU students, but a rise in non-EU international students.

Sitting at 260,000 applications overall, Creative Arts and Design is still one of the most popular subject groups, falling behind only Medicine, Business Studies and Biological Sciences.

The figures take into account all applications received before the 30 June 2017 deadline. They follow UCAS figures revealed at the start of the year, which only accounted for early appliers, and showed a drop of 17,000 students taking on art and design.

Government’s focus on STEM and EBacc

Prime minister Theresa May’s industrial strategy, revealed in January, focuses on STEM, digital and numeracy skills, while the English Baccalaureate (EBacc) qualification makes it compulsory for GCSE students to take English, math, science, a language and a humanity. The Government plans to make the EBacc compulsory for 75% of GCSE students by 2022.

The drop in university applications also follows a decrease in GCSE students taking arts subjects in 2016, with 46,000 fewer than 2015.

Tim Bolton, vice principal at Plymouth College of Art, says: “The Government’s fixation on targets and accountability around EBacc subjects such as English and maths are resulting in art, design, media, music and performance programmes being relegated in our national curriculum.

“Often those students who want to continue with the arts can only select one subject due to schools wanting to maximise their ‘academic’ results. Most young people won’t aspire towards career paths or degree-level study of subjects that they haven’t been exposed to in school.

“I’d expect the number of students applying for art and design subjects at university to continue to drop for as long as the Government continues to devalue creative education,” he adds.

Design academics have previously suggested the drop in EU students could be a result of the UK’s Brexit vote, while non-EU international students may be encouraged to apply to fill these now-empty spaces.

When UCAS figures were revealed in January, Peter Higgins, creative director at Land Design Studio and design lecturer, said: “Brexit has damaged the European market but not the wider market of Asia and the Middle East.”

He added that universities are opting to give places to non-EU overseas students over home students as they pay higher fees, but that this was a “short-term” mentality.

“Overseas students tend to return to home countries, and compete with us on a global scale at a very high standard,” he said. “We need to rigorously attract home-grown students. There needs to be more art and design fairs for colleges and sixth forms.”