Too fired up? It could get you fired 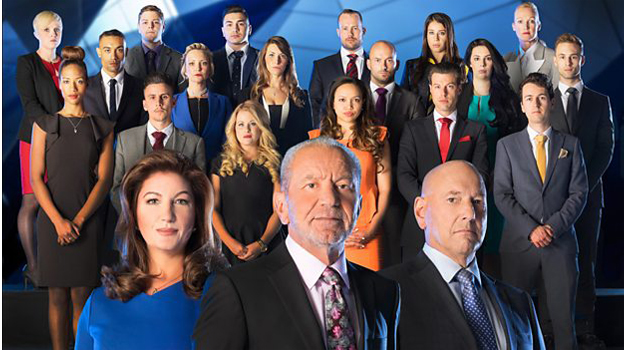 For those watching the latest series of BBC’s The Apprentice, there can be some valuable lessons learned from the candidates as they vie to be Lord Sugar’s chosen business partner.

In last week’s instalment, the fired candidate – Ruth – was seemingly let down by her over-enthusiasm in a pitch situation. What can designers learn from her approach and how can they avoid being fired from the pitch?

In the episode, the hopeful Apprentice candidates were set the task of selling pet products at a consumer trade show. First they had to select their products – or rather pitch for them. A number of product suppliers came before them, who the candidates had to woo with all their might in order to convince the supplier to give them their product to sell.

A conversation needs time and space

The number one selling criteria for the candidates was deemed to be enthusiasm for the products. In hosing the supplier down with a cascade of praise, the idea was that they would be persuasive enough to get the supplier to award them the licence to sell their product.

Ruth’s job is a sales trainer. Typically sales trainers are known for their bouncy enthusiasm. They enter a room and energise people. This is a useful skill – to fill an audience with energy. Up to a point. Does it always work? Does it work with buyers of design? Not really. Certainly not always. Why not?

The main reason is that in a conversation, both sides need time and space. The time and space to think, form thoughts and process what they are hearing.

Backing the client up against a wall with your idea

As a designer, when pitching your ideas, you are responsible for creating that space. The emphasis is on you, and ideally your partner affords you the same respect.

One designer I spoke to described what Ruth did as “backing the client up against the wall with your idea.” So rather than keeping them pinned there, give them the time and space to walk around your idea. You’ll stand a better chance of selling it to them.

Have you ever been in a situation where you carried on talking about the idea, bowled over by your own enthusiasm for what you’d created?

If so you can create the time and space with any of the following tools:

As a designer, if you’re ever fired from a pitch like Ruth was, you’ll be able to go back to your business and regroup.

Just remember the three devices you can employ next time to let your client into the conversation.

Did the experience do Ruth any favours? I hope so. At the end of the BBC2 “You’re Fired” programme, Jack Dee asked her what she’d be doing next. “Back to my sales training business” replied Ruth with her customary enthusiasm. I hope she has a business to go back to.

What do you think? Does enthusiasm and passion for your product get you through? Or do you need more than that?