At this year’s Cannes Lions International Festival of Creativity, Design Week sat down with graphic designer and co-founder of Sagmeister and Walsh, Stefan Sagmeister to talk about his new beauty project, which is an antidote to designers “obsession with functionality”. 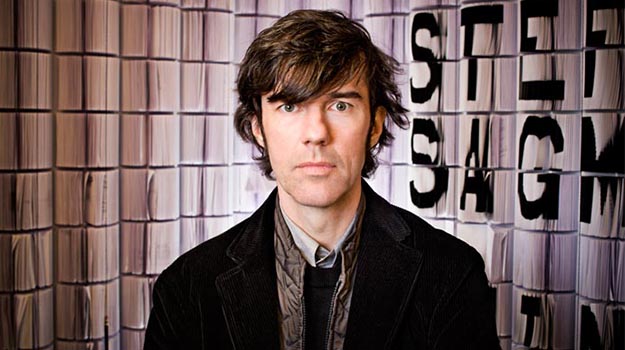 DW: Why have you and your team decided to launch a Beauty project?

SS: It’s a word that is very ready to be questioned. Our entire obsession is with functionality. I’ve seen many people put functionality as their main goal.

Not only are the [creations] awful, bring humanity down and are actually soulless and terrible for us, in the strangest way they often do not function.

A prime example of that problem is the public housing projects of the 50s and 60s that basically needed to be dynamited and bulldozed in the 70s and 80s. The only reason they were built was functionality – to put as many people as could be efficiently put into a space as possible. But what happened was they were not fit for human inhabitation. So, at the very base level, they did not function even though that was the only goal.

DW: You mentioned in your presentation at Cannes that you came to realise the importance of beauty almost by accident. What projects did you work on that made you believe that beauty makes things work better.

SS: It was gradual – there were a couple of small projects along the way, one of which was an internal agency project in Hong Kong.

Within the last few years we did an identity for a company called Fugue. It was a technology company and its clients were chief technology officers who wouldn’t normally be an audience where you would think beauty would work brilliantly. However, when we used beauty for this project it worked really well. That space is devoid of beauty so when our client went to a trade show their booth and their material was so different to everybody else’s.

DW: Now you’ve come to believe that beauty makes things work better, would you go back and redesign any of the projects that you’ve worked on to make them more beautiful?

SS: Of course! When we opened the studio we had a sign up which said “style equals fart” which meant that style was hot air and completely meaningless. It didn’t matter to me at all at that point – It was all about the ideas, it was completely conceptual.

I literally did a 180 and now when I see a conceptual piece of art, I think “really, do I have to figure this out?” And, “why don’t they make it easier and more palatable for me to understand”. I’m not a subscriber to the notion that if it’s difficult it’s better.

DW: Why do you think it’s important for you and your agency to work on projects like this?

SS: Ultimately, it’s healthy for a company like us to take on some jobs from the outside and then to also create jobs where people have something important to do and something to say about it.

DW: Your Happiness project included an exhibition and a film, so will we see a similar execution for the Beauty project?

SS:We’ll probably have an exhibition, we might make a book but I’m not sure it needs a film like we did for the Happiness project.

DW: Do you think there is a danger that with more technology and the explosion of digital, that there will be a greater focus on functionality in design rather than beauty?

SS: I don’t think digital technology is the enemy of beauty. In many ways there’s a fantastic chance that it’s going to help beauty. Because of technology we actually are already on the way to a much, much better understanding of what people actually like.

Do your clients buy into the notion that beauty makes things work better? How do you decide which clients to take on?

Then we ask: “Are they nice people?” “Do we want to spend time with them?” And, then: “Do they have a proper budget and a proper timeframe so that we can do things in a reasonable way?”