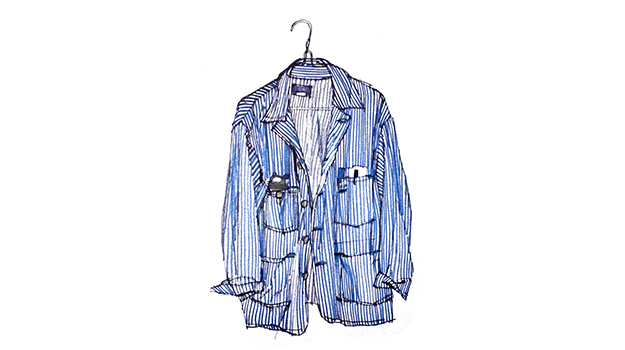 Jacket self portrait, by Dennis Bailey

Patrick Argent reflects on the multi-faceted career of the late Dennis Bailey RDI (1931-2016), one of Britain’s pioneering independent graphic designers.

Published and printed by Balding + Mansell in 1963, 17 Graphic Designers London, a monochrome hard-back review of practitioners working in the capital, notably featured an array of what were to become illustrious names including Derek Birdsall, Bob Gill, Alan Fletcher, Colin Forbes, George Mayhew, Jock Kinneir and Margaret Calvert among others.

The very first of the elite names to be found in the pages of this slim, letterpress printed book was that of Dennis Bailey. Among his eminent peers, he was part of an emerging and dynamic post-war generation of designers, who were to pioneer the revolutionary development of British graphic design through the 1960s and beyond.

Despite enjoying far less fame than many of his contemporaries during his long and varied career, he held a well-established presence within the exalted ranks of his profession. His profile also featured in the very select listings of Thames and Hudson’s Dictionary of Graphic Design and Designers, alongside the world’s leading international figures.

Born in Bognor Regis in 1931, Bailey trained in the years 1946-53 both at the Worthing Art School and the Royal College Of Art, where his fellow RCA students were David Gentleman, Alan Fletcher, Len Deighton and Raymond Hawkey. 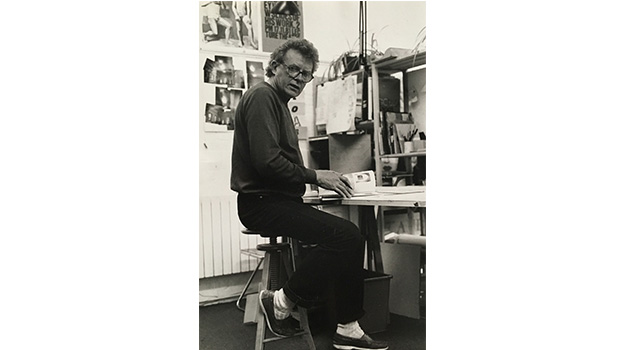 Bailey’s early career saw him take to the continent twice – the first as assistant editor of Graphis magazine in Zurich in 1956. In addition to seeing the work of US designer Saul Bass coming through the journal’s office, the exposure to Swiss design was to greatly influence him over the next two decades, becoming one of the first foreign designers to work in the Swiss style on his return to London.

A subsequent spell in Paris between 1960-64 brought him work in advertising and publishing during which time he became the design and art editor of Olympia Review. During these years in the French capital he also worked on a film with his Swiss friend and designer Sandro Boccola that featured their mutual love for jazz. Despite the music having been recorded, the script written and the shooting schedule planned, the project then remained unrealised due to the last minute withdrawal of funding.

Stamp issue for The International Geographical Congress 1964 (Reproduced with the permission of Royal Mail Group Ltd.)

Bailey became the subject of a profile in a later issue of Graphis (issue 99) from 1961 and he was described by writer Charles Rosner as “a strong individualist, reacting against what others might attempt to impose on him as a person; he himself imposes the greatest discipline on his work.”

Magazine design came to prominence once more in Bailey’s role as art director of the influential Town magazine in London from 1964-66.  It was an area he would often return to and later editorial design for AA Files (Architectural Association journal), The Listener, The Economist and New Statesman followed. 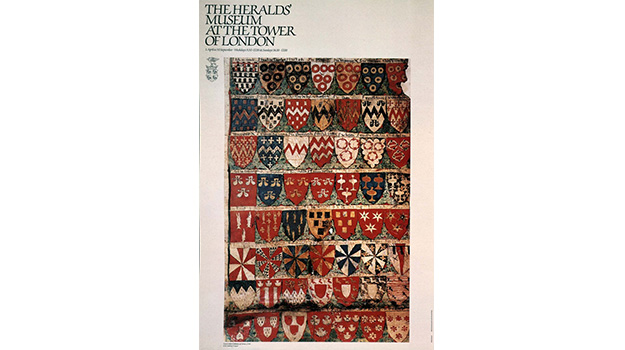 Posters for The Herald’s Museum at The Tower Of London

Writing autobiographically in Designer, the SIAD magazine (November 1980), and accompanied by his distinctive, idiosyncratic jacket-as-self-portrait cover illustration, Bailey reflected on being made an RDI:

“What fascinates me about graphic design is its immediacy. The timespan between conception and realisation can be extremely short, a matter of hours. Going into a magazine office in the morning knowing that there are two pages that must be filled that day and having to send the finished artwork down by 6pm is very exciting.

“I used to enjoy doing covers for The Economist: I’d go in on a Wednesday afternoon without any notion of even what the subject was to be and by Friday morning I could pick up a copy on the bookstalls (and if it wasn’t quite as good as it might have been, there was always next week).”

From 1967 onwards he pursued his own freelance design and illustration practice, involving work such as books, magazine design and posters, in addition to forays into the specialised niche of exhibition graphics. 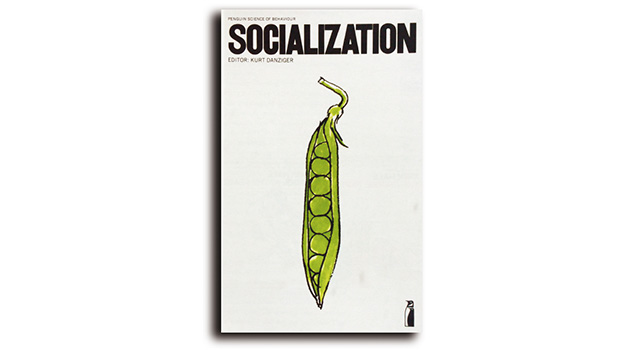 Cover for ‘Socialization’ 1974. One of a series of educational titles. (Courtesy of Penguin Books Ltd)

Book cover commissions for Penguin Books saw Bailey become one of the many eminent designers whose creative prowess came to define the publisher’s distinctive visual identity.

His list of other prestigious clients included that of The Royal Academy, RIBA, British Council, British Medical Association, NM Rothschild and The Arts Council. 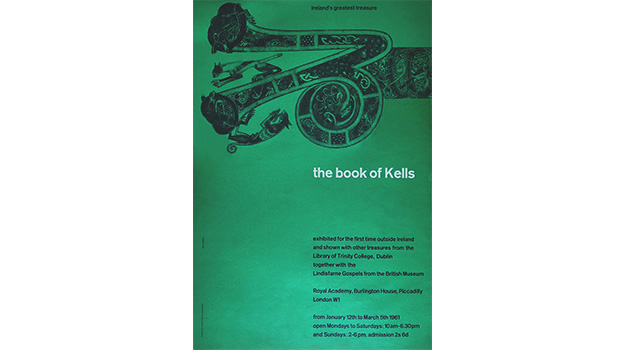 Operating both collaboratively and independently, from 1987 he had combined with Mike Kenny to form Bailey & Kenny on projects such as The World in 1987, which continued all the way up to The World in 2016 – an annual magazine for The Economist. Work also continued for Prospect magazine and the journal The Author. 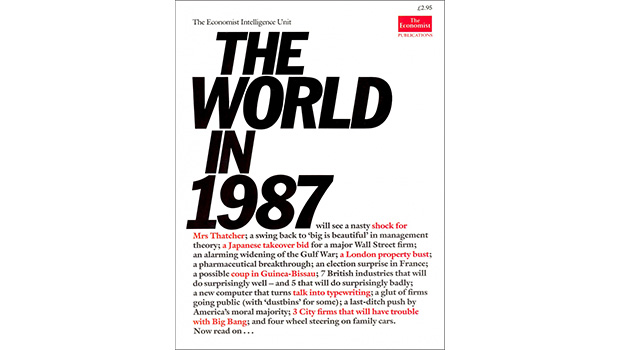 Cover for The World in 1987, first of an annual magazine series for The Economist

Meanwhile Bailey undertook assignments for organisations promoting the awareness of climate change such as the Centre Technicole d’Agricole and The Hard Rain Project designing books and working on exhibitions.

In teaching, which he viewed as a master/apprentice role, he aimed at establishing a professional rapport with the students, becoming a mentor for aspiring graduates, where several of them were to find invaluable opportunities to work with him straight from college.

A husband and wife creative team

Bailey’s wife Nicola, herself a former student of his at Chelsea, joined the Dennis Bailey studio on graduation in 1981.

Forming what was to become a husband and wife creative team, they worked together on most projects up until 1997. Succeeding Bailey as magazine art director at the Architectural Association, in her post she combined this role with also running the organisation’s print studio until 2003.

After a period of a decade as creative director at Merrell Publishers, Nicola worked as a freelance for a number of publishing houses in addition to collaborating once more with her husband on various projects. One of those projects with Bailey, the book 20 Years of The RIBA Stirling Prize, is due to be published by Merrell later this year.

Himself a master of understated layout and restrained, elegantly disciplined typography, Bailey was one of a rare class of designer-illustrators who possessed an assured deftness of skill as a draughtsman. These were dual qualities greatly admired by his fellow RDI designer Mike Dempsey who said: “Dennis Bailey’s subtlety with typography was equalled by the beautiful sensitivity of his illustrations.”

Bailey was a stringent self-disciplinarian unswerving in his commitment to his work who never saw a reason why he would want to retire so he never actually did.

In later years in order to continue to practice, he forcibly adapted himself to the radical technological changes in design production brought about by the advent of the computer.

In the 2007 commemorative volume of anecdotes in tribute to his great 1960s late contemporary Alan Fletcher, Bailey succinctly and astutely wrote: “Alan never used 10 words where one word would do – Dennis Bailey, (10 words).”

Diffident, quietly spoken and gentlemanly, Bailey’s work often reflected his calm yet exacting manner. Designer, illustrator, art director and tutor, he was one of the few remaining independent craftsman-designers. His dominantly individualistic approach, range of abilities and expansive scope of work went beyond any definable categorisation.

“Graphic design has profited from art”

Commenting on what he saw as the closely integrated relationship between graphic design and art in the same SIAD Designer magazine article of 1980 Bailey said:

“Graphic design has profited enormously from its close relationship with more serious art: it has had the pleasure of seeing artists pulling material out of graphic design – techniques for doing things, or ways of thinking. There is a very satisfying give and take.

“That gives life to graphic design and the other revivifying influence is when designers initiate something entirely themselves – which is not dependent on a client”.