Online shop Depop rebrands to take on “f*ck it” attitude

DesignStudio has created a new “bold, brash” look for the online buying and selling platform, which looks to represent the “confidence” of the community using it. 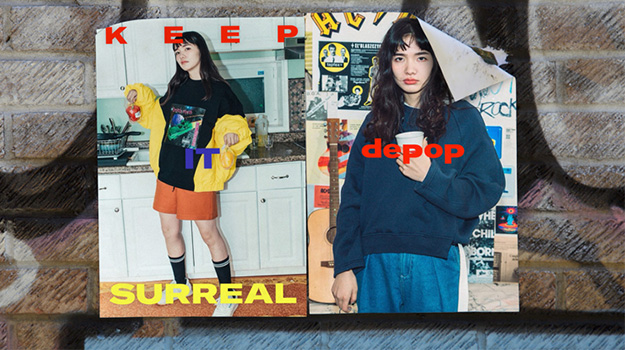 DesignStudio has rebranded online marketplace Depop with the aim of showing off the “attitude” and “confidence” of its buying and selling community.

Depop, set up by the co-founder of quarterly pop-culture magazine Pig, started off as an app to buy items featured in the magazine.

It has since added a selling function, and a community aspect where you can see what friends and those you’re following are liking, buying and selling.

Its community is made up of stylists, designers, artists, shops and collectors, which the company describes as “inspiring creatives” and “up-and-coming influencers in fashion, design, art and music”. 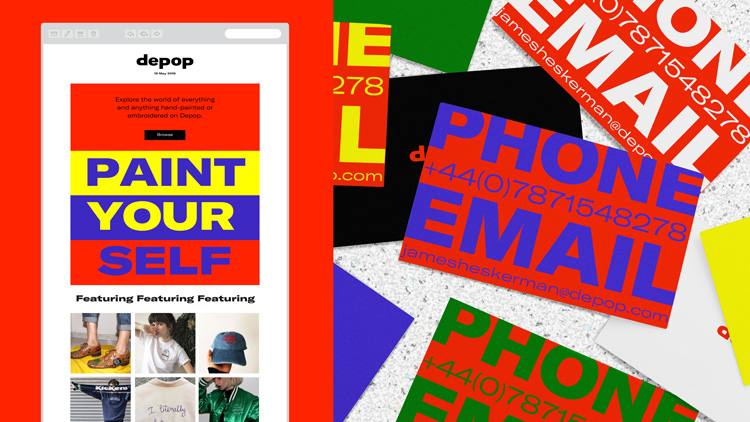 The new branding is made up of a sans-serif, lowercase, bold logotype set in typeface GT America, which is also used throughout visual communications.

GT America was chosen because of its “ability to stretch for any piece of communication”, and because it is “bold but not too serious”, according to DesignStudio.

A “bold, brash and vibrant” colour palette of red, green, purple, yellow and black has been chosen, and used against portrait photography, which acts as a backdrop to communications. 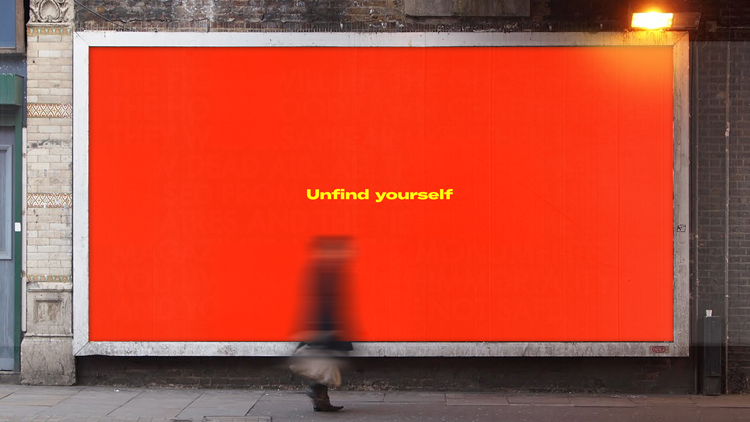 The tone of voice for copy is intended to “articulate the attitude, confidence and cheek of the brand and its community”, says the studio, through short statements, one-word sentences and subverting well-known phrases such as “unfind yourself”.

“Depop has built a community of committed, creative, cultural agitators,” says James Hurst, principal at DesignStudio’s London office. “This demanded an identity system that opens up its ability to express the community’s point of view and contribute to the culture they represent.”

The rebrand is not aimed at a particular demographic, Hurst says, but is aimed at defining an “attitude” and a “fuck it, let’s do it movement”, which he says is “irrespective of age, location and gender”.

The brand has started rolling out across social media platforms, and will continue to roll out across print communications, online and across campaigns over the next year. 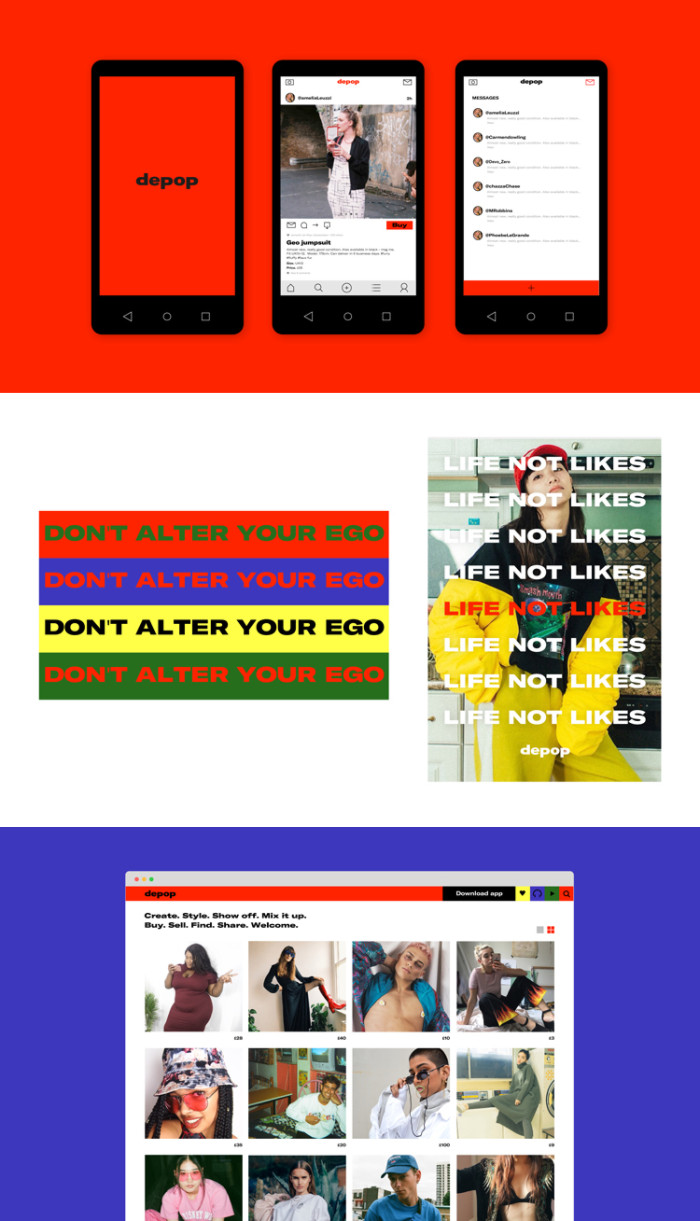