Designed by Casson Mann, the exhibition will showcase ship interior designs and related fashion and lifestyle artefacts such as paintings and posters. 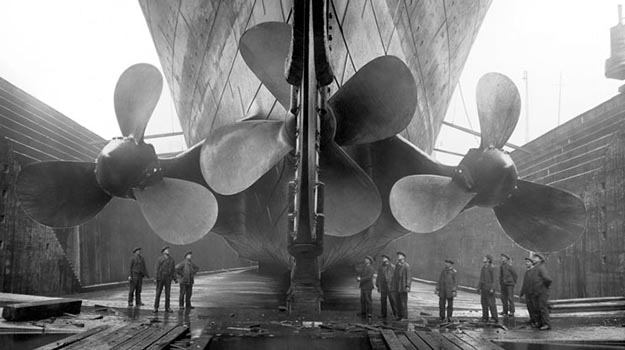 The Victoria and Albert (V&A) Museum has revealed the details of its upcoming exhibition exploring the design and cultural impact of ocean travel.

Ocean Liners: Speed & Style is being curated by the museum in collaboration with the Peabody Essex Museum in Massachusetts, US, with exhibition design by consultancy Casson Mann.

It will draw from the V&A’s archive of ship-related designs, which it has been collecting for over 100 years.

It will look to tell the design stories of some of the world’s most famous and luxurious liners, including the ill-fated Titanic, which sank in 1912 and later became the subject of the eponymous film by James Cameron in 1997, and the Art Deco era Queen Mary.

The exhibition will also explore social issues such as the shifting class structures on-board the liners, along with the democratisation of travel and development of leisure activities during the 20th century.

Highlights will include a Cartier tiara recovered from the sinking Lusitania in 1915, a panel fragment from the Titanic’s first class lounge interior, and a panel from the smoking room of the French liner, Normandie, created by Art Deco lacquer artist Jean Dunand.

“We have collected ship-related objects and ephemera for well over 100 years,” says V&A director Tristram Hunt. “This seminal show will reveal hidden design stories of some of the world’s most luxurious liners, from the Titanic to the Normandie and QE2.”