Researchers at Brunel University London hope the technology will be used to “stimulate innovation” by alerting designers to potential patent infringement.

A new computer tool has been developed by researchers at Brunel University London which helps designers avoid potential clashes with existing patents and come up with more original designs when creating new products.

The software currently has the working title of Design Assistant for Semantic Comparison of Intellectual Property (DASCIP), and works by alerting designers when elements of their designs are too similar to previously patented designs during the modelling stage of product development.

The group of researchers at Brunel hope that the program will help to prevent lawsuits by alerting designers at this early stage, as well as boosting creativity by encouraging them to think outside the box with their designs.

“The benefit is to see how to improve innovation while avoiding costly patent litigation,” says research lead at Brunel, Dr Mark Atherton. “Whether you patent your work or not you are still vulnerable to patent litigation if somebody feels that your design is infringing their patent.”

Atherton first got the idea for the research project six years ago while supervising a PHD student, during which he says they “identified the means of mapping out innovation based upon product design methods”.

Since then, the research team has identified that patent applications have increased by 9% worldwide year-on-year for the past two years – according to the UK Intellectual Property Office – therefore increasing the likelihood that designers will unwittingly infringe on existing patents, also known as patented prior art.

Atherton says: “With around a quarter of companies experiencing an Intellectual Property (IP) dispute over the past five years, and significant damages agreed in around 30% of cases – with average payouts of £120,000 – the need for designers to be better aware of prior art is increasingly important.”

The research team at Brunel received funding for an 18-month project from the Engineering and Physical Sciences Research Council (EPSRC) in February 2016.

They have now developed a working version of DASCIP that can be augmented into an existing proprietary computer-aided design (CAD) system commonly used by mechanical design engineers and product designers.

The program features a number of boxes and arrows that act as a functional representation of the object being designed. It then identifies from its database any patents that have similarities with the new design, and using an algorithm it gives a percentage score that determines how much the two designs overlap.

However, Atherton emphasises it ought to be used by designers as an “indicator”, rather than a legal definition of whether a design infringes on patented prior art or not.

“The primary aim of the project is to stimulate innovation,” says Atherton. “If the designer sees that the current design has a 54% overlap, they might start to think about how they could be a bit more innovative and move away from the potential infringement that appears to be on the cards.”

The researchers’ initial focus is on mechanical engineered products such as cans, but they say it could be applied to furniture and product design more widely, such as by companies developing vacuum cleaners, hand dryers, vehicles and garden machinery.

Designers and companies with interest in the new DASCIP tool are being invited to Brunel on 6 June for a demonstration workshop, but the software is currently not publicly available. The researchers are hoping to get extended funding from the EPSRC to continue with the research project for a further three years. 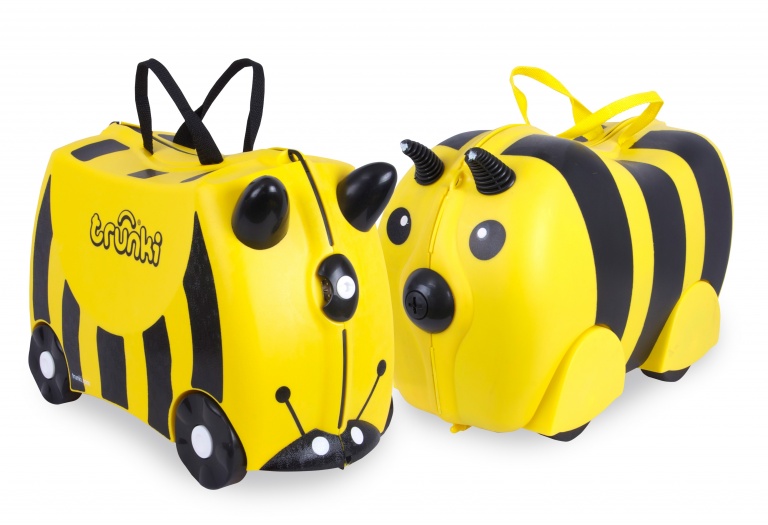 Kids’ suitcase brand Trunki was embroiled in a legal case in 2016 where the company claimed another brand called Kiddee had copied its product. Trunki lost its appeal. © Magmatic Limited