John Spencer: “Language and design should be indivisible”

John Spencer looks at the rich history of words and design, how they have lost their way and what designers can do to make sure the two are complementary. 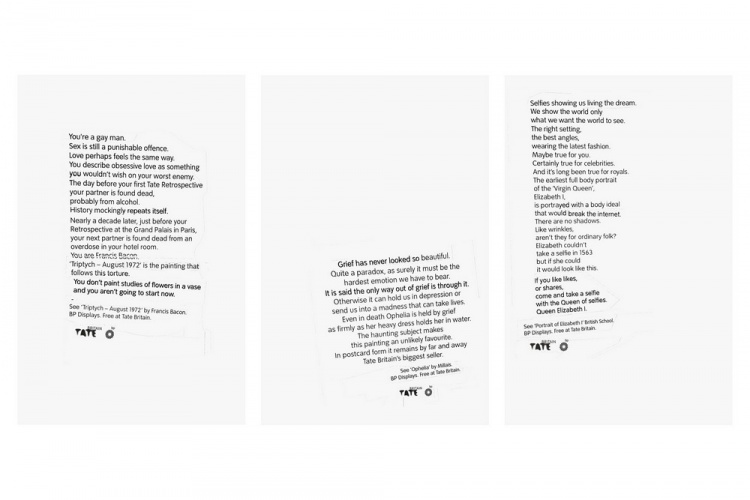 Master designers like Alan Fletcher, Bob Gill, Milton Glaser and George Lois all put language at the heart of their work. Fletcher’s book The Art of Looking Sideways is about verbal and visual interplay. George Lois, in his book Lois Logos said, “As a graphic thinker, I claim my love of language as a birthright”. And he went on to describe himself as “the most word-driven art director of our media age”.

I’ve been intrigued by the relationship between language and design since I was a student. It all began with a book, first published in 1962, called Watching Words Move by designers Ivan Chermayeff and Tom Geismar. Their aim was to “…explore the evocative potential of words and vividly express their meaning”. In their introduction they said, “…we looked at the words and did to them what they themselves suggested”. Watching Words Move shows how you can make words more evocative of ideas and emotions. 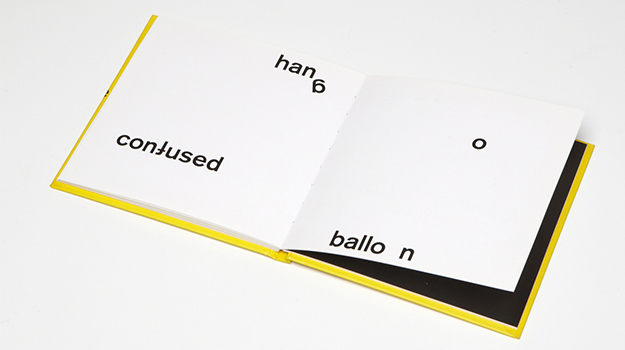 I love Watching Words Move because it’s what graphic design’s all about – crystal-clear, expressive and idiosyncratic communication that makes everything our clients say, look like only they could have said it.

You’d have thought it goes without saying that language and design are indivisible so why are they so often out of step, even at odds? Why do words play second fiddle to design? Why do a lot of designers seem hell-bent on churning out work that’s slick but meaningless when they should to be helping their clients communicate?

Design schools fail to cultivate a love of language

There’s a big problem with design education. Design schools fail to cultivate a love of language. Their focus always was, and still is, on the visual. They’re teaching decoration not communication.  Bob Gill said, “I realised that the best test of the validity of an idea was if the client could comprehend it, be excited by it and accept it without even seeing it.” So he’d tell them about it rather than show them. And he made his students tell him about their work before they showed him. He made words the starting point for design.

Everyone thinks they can write

A lot of the writing we have to work with is shamefully inadequate because everyone thinks they can write and all too often, everyone and anyone does. People who lack the well-honed skills of professional writers dash off colossal amounts of business writing that’s short on clarity and has no discernible personality. So designers are forced to spend their time camouflaging forgettable words when they should be bringing language to life. No wonder many are inclined to dismiss words as filler – the boring stuff that spoils all the fun.

Well-structured, perceptive design briefs are priceless because defining problems in words is where design begins. Cut and paste marathons, stuff and nonsense cobbled together by people who ought to know better, are worthless. But all too often, designers seem happy to accept waffle and, in the absence of any clear direction, churn out bucket loads of “concepts” in the hope that something gets picked. Bad writing is bad thinking written down, and bad thinking will never inspire good design.

Bob Gill, in his book Forget All the Rules About Graphic Design, says: “Taking problems which don’t make interesting (unique) statements and redefining them so that they do is what my graphic design is about. It’s how I get my ideas. From the problems themselves”.

A few years ago I was asked to design a logo and graphic identity for The National Archives, one of the largest and oldest archival collections in the world. It holds government and state papers from the eleventh century to the present day. It’s responsible for their preservation and on-going selection. And it makes the collection available to everyone. They described themselves as the “national memory” and the “protector of democracy” through open access to information. There was more to it, but that’s it in a nutshell. 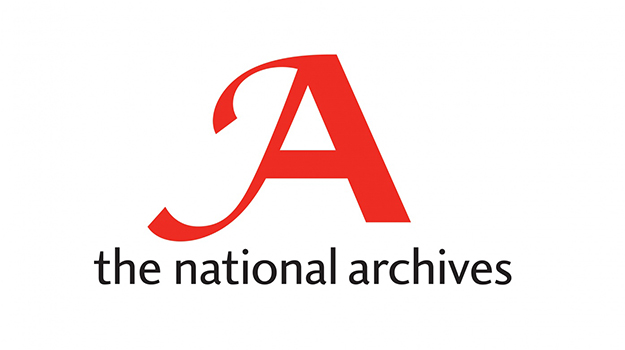 I redefined their statement to make it more interesting; The National Archives is the place where history meets the future. That was my starting point and it inspired a logo that’s made from the coming together of two very different letterforms – one ancient, one modern.

Collaboration between writers and designers is nothing like as commonplace as it should be. By and large, writers write, designers design, and that’s that. I know quite a few very good writers who just aren’t interested in how their words look, and even more designers who couldn’t care less what the words are about. It shouldn’t be that way. Writers and designers ought to collaborate, like advertising agency art directors and copywriters have done for decades. Because language and design are indivisible like words and music in a song.

And Babies is an iconic anti-Vietnam War poster. It was designed in 1969 by the Art Workers Coalition. It uses an infamous photograph of the My Lai massacre in which hundreds of unarmed civilians were killed, and women and girls raped. It shows about a dozen dead and partly naked Vietnamese women and babies on a dirt road. The picture’s overlaid with translucent red lettering that asks along the top, “And babies?” and at the bottom it answers, “And babies”.

The photograph was taken by Army photographer Ron L Haberle and the quote is from a CBS television interview with a soldier who participated in the massacre. The poster speaks volumes. It’s a remarkable example of language and design coming together to tell an unforgettable story.

You don’t need to make interesting words look interesting. If you do, what they look like will probably compete with what they mean and that’ll make them harder, not easier, to understand. But so often the meaning of words is clouded by designers who can’t resist the temptation to tart them up.

It’s been 23 years since The Economist launched their eye-catching “white out of red” campaign. But Abbott Mead Vickers’ words have lost none of their freshness.

On the edge of a conversation. One of the loneliest places on earth.

To err is human. To er, um, ah is unacceptable.

The simple red posters echoed the design of the Economist’s masthead. The words were so good, they needed very little design. You’ve heard the saying “a picture’s worth a thousand words”. Well it’s not always true. Sometimes a few well-written words are worth much more than any picture.

How to do it

Here are six suggestions to help you bring language and design together, and create work that’s crystal-clear, expressive and idiosyncratic.

Have an opinion. It’s how you get ideas.

Have a reason. Don’t do something just because it looks good.

Write your ideas down. See if they still make sense.