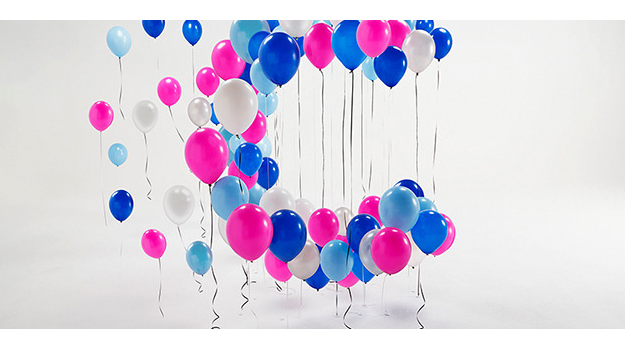 I’ve been married 15 years this year. That’s apparently celebrated via the gift of crystal. But it’s rare to see a design consultancy celebrate past paper or cotton or (for the third year) leather.

Why is this? At SomeOne we have clients going back more than a decade. Many over five years. Increasingly though we are meeting design companies and creatively-led agencies who complain that they can’t seem to hang on to a client once the initial thrill has gone.

The relationship design companies have with their clients is rarely discussed in public. But it’s central to the amount of time the two are given to create work. Really great work takes time. And you spend time with people you respect, trust and like.

Relationship is central to success

This relationship – or lack of it – is also central to a design companies’ creative success at scale and, of course, their financial performance. I’d argue it’s also a key variable that affects the effectiveness of the output.

Design companies are traditionally made up of creative people who are employed for their ideas. Therefore those creatives often care enormously about what people think about them. Particularly their peers.

Egos are fragile at the best of time and so these companies spend a considerable amount of time filing complimentary press releases to keep these people happily floating in their bubble of praise.

How the relationship can drift

This can extend to the way they behave with clients. They present work that will make them (the agency) look good. But not necessarily the client.

Curiously this flagrant flying in the face of a more professionally correct behaviour often goes on for quite some time, making the consultancy think all is rosy.

The reason that the client can allow this to happen is simple. The commissioner of the work is really, really busy working on all facets of the brand’s challenges – From cash-flow to legal to licensing deals to product availability to customer complaints.

The slide to the repitch

So with all the hard deadlines and unflinching facts surrounding the running of an organisation the colour of the logo or the composition of the website may not be their first priority. In fact it could well be their last concern. So rather than enter into a spicy debate, they’d rather just let it go this time.

But this is not to say that the consultancy drift does not affect things. Oh no. It really, really does. In fact every time the consultancy ignores the real issue and tries to sell in yet another wacky layout or design-purist system it racks up another little shot of hate behind the bar of the client. And when the bar is overflowing with it, the pitch is called.

Call a pitch means that a client really is at the end of their tether. It’s a royal pain to call a pitch – they take ages and are fraught with worry.

That means the pitch will often be delayed until the last possible minute. In other words – called when the new marketing director arrives.

These arrivals generally happen every 18 months, after someone either does a great job and gets promoted or poached, or does an awful foot in mouth and gets disposed of. Or gets fed up double guessing what the CEO really thinks.

So what this often means is that the hated consultancy is dropped like a stone when this newbie turns up. A good test of a consultancy’s relationship is to look at how many marketing directors they have worked for on a single account – or how long they’ve held an account for.

The client/consultancy circle of life

The circle of life between consultancy and client is a repetitive and often idiotic one:

How is any brand expected to do anything if significant use in a year and a half? Yes, you can brief, develop, create and begin to roll out a new visual brand identity in that time. Just. But it really doesn’t go beyond badging. To really do it well you need double that time. But so often, the person who’s been driving it client-side is off to pastures new after that first burst.

Consultancies need to think very carefully about repitching for work when that new marketing director calls for a pitch. The pitch will either be because you’ve screwed up, or because there’s a new kid in town who has his own posse.

While these pitches are a tough thing for the client, the consultancy will really bleed money. It’s not unusual to see ad agencies spend upwards of £50,000 on a big pitch.

Retaining an account with no love and no relationship is so incredibly unlikely that a consultancy needs to be desperate to go back for more.

We’ve repitched and every time regretted it. Even if you win, you’ve lost your position in the fun of it all. The thrill is gone. The game is up.

Firing a client – the route to success?

When it comes to relationships that go wrong, in the past I’ve called up a couple of clients and said that, while we’ve done our very best, we just don’t think it’s working. The odd thing is that every time I’ve done it the client has agreed and offered to fix the issue on their side .

In fact, the direct approach has often landed us with better work, better relationships and amazingly, more budget. Yep, we actually got a pay rise for trying to walk away. (Apart from one horrendous exception where we both agreed very quickly that it was a car crash and we both ran for the hills…)

So while firing a client plays havoc with conventional thinking, it’s occasionally a smart move. Remember though, you really do need to want to walk away – this is a one-time offer and try it either as a bluff or more than once and you could end up in a very sticky situation — in other words, fired.

There is of course a very simple answer to this age-old dance of death: answer the brief and over-deliver on service.

If you actually care you have the advantage over those more traditional beasts that roll out the same proposal every time with a wheeze and shudder through their motions. And if both of you and the client care for each other — yes for each other— then things look good for your future.

We often share our manifesto with prospective clients, both to let them know what floats our boat, but also to open the door to hearing about their agenda, often the unwritten one.

Are they about to sell? Do they want to get up the ladder there? Are they bored to tears? Is the image of the place smashed up or are they on their knees financially? Because if we know the real story, we can help, and we can care about it above and beyond simply serving the brief.

Whatever professional gloss you put on the relationship in commercial creativity, this is a marriage. Consultancy and client need each other to procreate and then to bring up the offspring.

But, as in life, it’s easy to take each other for granted. To get selfish. To seek self-gratification over the bigger task of pushing through tough challenges together.

Both parties must continue to gain respect and trust from each other at every interaction. Because that’s not only the way relationships endure. It’s the ultimate business advantage.

Simon Manchipp is executive creative director and co-founder of SomeOne.