How to ensure steady growth through recruitment

We speak to consultancies less than ten years old to see how they brought in the right talent to grow their businesses at a sustainable rate without over-stretching themselves.

Recruiting the right people and hanging onto them are perennial issues for all design consultancies, but for design groups just starting out such matters can be critical.

This year we turn the spotlight on Top 100 groups around 10 years old to find out how they started to grow their business by bringing the right people in and get some top tips on what the best rate of growth is.

Since founders Matt Miller and John ‘Sinx’ Sinclair set up digital product studio Ustwo from a kitchen in 2004, it has grown to take on 150 people, 51 of whom are designers.

Focusing on both client work and its own products, the reputation of the studio has spread and it has set up studios in New York, Malmö and Sydney. 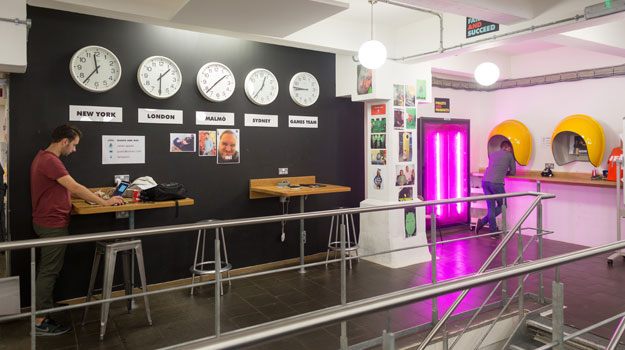 Ustwo joint managing director Tim Kim says the consultancy looks for a wide range of skills, specialisms and backgrounds. “We benefit from contact with LGBTQ and various women in tech networks. We also focus on the development of people we have at Ustwo already – sometimes, just the right person is already there with you.”

Referrals play a big part in recruitment for Ustwo and Kim says personality-wise “resilience and pragmatism” are essential in a rapidly changing digital industry. However, he also says it is “cultural growth rather than cultural fit” that the consultancy is looking to so it can always diversify.

“We run a very active events programme in the studio, which means we get to meet some amazing people from all walks of life.”

All of the consultancy’s design expertise are in-house and while skill development and training is always in progress, so is spotting any gaps and looking at where hires need to be made. 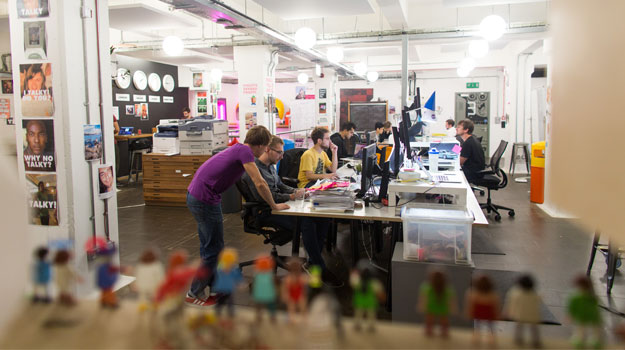 There has been a marked increase in staffing levels at Ustwo, particularly this year with 89 people joining. “The pace of our growth is something we’re very conscious of. Growth, change and development are all interlinked, and have a strong influence on our culture. Future growth will most likely be in new ventures,” says Kim.

Design fee-income is expected to increase by 7% in 2016 at Ustwo and there is a correlation between increased staffing levels and increased revenue.

“Taking on more work usually means more revenue and a corresponding growth in headcount. While we’re looking at a healthy year-on-year growth in terms of our top-line revenue, we are also testing alternative revenue models

beyond our client-service work. Over the next three years, we expect to generate an increasing percentage of our revenue from our own IP and joint ventures and partnerships.” 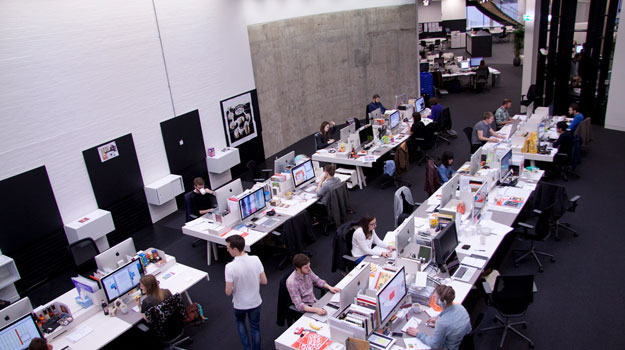 Over at branding consultancy Brandopus, design fee income is expected to increase by 10% in 2016. Brandopus executive creative director Paul Taylor says that “a steady approach is what has maintained our successful growth” and much of this is down to “positive connections” with clients, leading to both referrals and repeat business, but getting staffing levels right is also part of organic growth.

Brandopus started out in 2007 and today has 87 staff, with 26 of these designers. Most of the design expertise is found in-house with freelance support relied on for busy periods. Craft, illustration, artist or typographic specialities are turned to when needed.

A steady approach to growth has seen Brandopus set up several international outposts. “In the pursuit of international hubs to service global clients, rapid expansion can lead to a failure to recreate the ‘magic’ that defines the founding studio,” says Taylor.

“At almost 10 years old, we have three offices worldwide, with New York being our most recent launch. Although there has been a pull towards the US for a while due to our client base, we have taken the time to consider the best approach and wait for the right people to come along to help us launch it. The fact that we took the time and have the right people will undoubtedly have a positive impact on the resulting quality of work and future growth,” he adds.

“Balance between talent and personality is key”

Creating and maintaining the right culture and finding people who can contribute to Brandopus have been essential, according to Taylor. He says: “The right balance between talent and personality fit is key.”

Managing growth and recruiting at the right time is “a constant challenge”, explains Taylor. “We have learnt over the years that you cannot recruit ahead of the curve in the anticipation of growth; however, waiting until the growth has already materialised can leave you with an over-stretched team.

“You have to manage these fluctuations carefully. The one thing we have learnt is not to rush into just recruiting the people who are available at the time – always wait for the right people to come along.”

As Brandopus’ client and business base has grown, a team that is capable of managing this has been built, according to Taylor. He explains: “Of course we have the ambition to win more business and as and when this happens we will recruit to manage it effectively.

“Our current size of 87 people feels extremely comfortable. For an independent agency we’re on the larger size, but not so big that we don’t feel like we know everyone here personally – we think this is vitally important.”

Missouri Creative only started out in 2013 and now has 29 staff and 12 designers. New business director Andrew Mitchell says since it was set up by co-founders Paul Brennan and Stuart Wood, the consultancy has experienced “organic and steady growth”.

By the end of the first 12 months there were four designers, by year two there were up to eight full-time designers and now 12 full-time and approximately 12 freelance.

“A strong relationship with a recruitment consultancy is vital”

Having around half of the staff full-time and half freelance is deliberate and gives flexibility. “Often freelancers turn into full-time staff as our client base grows. It allows us to scale up quickly,” says Mitchell.

Many of the initial hires were made from a list of targets Brennan and Wood met in their 12 years at Fitch. “Building a strong relationship with a recruitment consultancy is vital as the studio grows and if they invest the time to understand you, your culture and the type of work produced it tends to speed up the hiring process and you receive CVs that fit
your requirements more accurately,” says Mitchell.

As Missouri has grown, more portfolios have come in and the better ones show an interest in the consultancy, what it does and how the individual’s experience can be complementary.

“Moving young designers through the ranks”

“We like to bring in young designers and move them quickly through the ranks – there is nothing quite like finding that rough diamond and polishing it over time. It is one of the great pleasures of working in a young, dynamic industry,” says Mitchell.

Growing the business further is still the plan and a structure has been put in place to make this happen. “We now have two strong design directors below our creative director and a great account director managing a talented account management team – this should give the founding partners the head space to drive growth for the business,” he adds.

The best way to grow has been along what Mitchell sees as a more traditional consultancy model: rate card x time = cost. “I know other agencies have challenged this model but we find it the easiest and most transparent way to work with clients so staff numbers reflect where you are financially.”

As the consultancy has grown, more services have been brought in-house. In the beginning, visualisation and rendering were outsourced but as these things are so integral to Missouri’s offer, designers with these skills were recruited and now skill sharing and in-house training have been adopted to broaden the skill sets of staff.

“We are still looking at innovative ways to cut down costs to our clients so we are considering outsourcing some artwork and technical drawing packages, but this means you need a good senior head of production to manage that work flow,” says Mitchell. 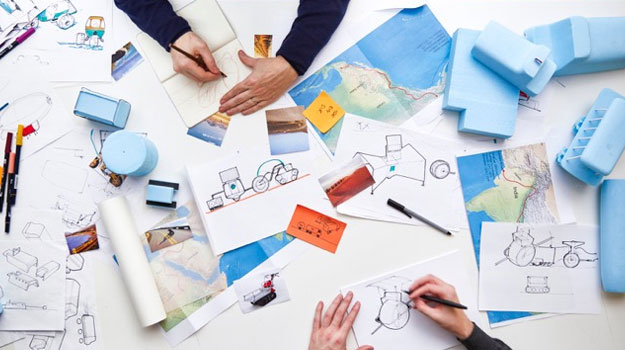 Map, which only began in 2012, has experienced similar business growth to Missouri yet it is a much smaller operation numbers-wise.

Projected annual growth in design fee-income for 2016 is 25% for Missouri and Map predicts as much as 50% growth over the same period.

When Map started out, it was a team of four, including director Jon Marshall. Map is part of a small group with Barber and Osgerby and Universal Design Studio, which means there was support from a shared commercial and admin team of between three and six people.

Today, Map has a team of nine plus two interns and around two people per year are being added to the design team. 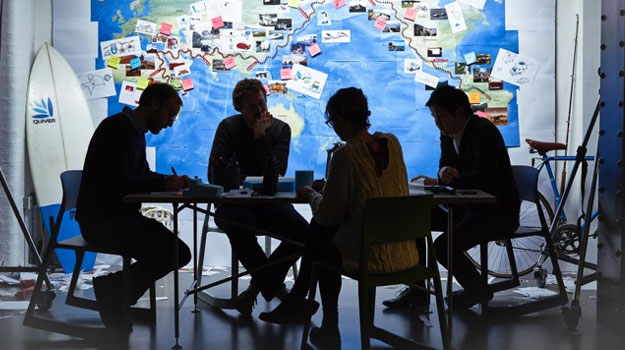 “So far, we haven’t had to advertise or reach out to people but I’m not ruling it out for the future,” says Marshall, who explains that he does not want to grow the consultancy too quickly and disrupt its team-oriented culture. He says: “The current rate of growth of around two people per year seems ideal to me.”

Remaining relatively small has helped Map to be efficient and manage its growth effectively, according to Marshall. “A small team with steady growth helps with efficient communication. At the moment, our team is small enough so everyone knows what projects are going on and we can go for a meal together and sit at one table. I think at more than 12 to14 people some of that efficiency starts to be lost, but it does enable you to tackle larger and more ambitious projects,” he says.

All of the consultancies we spoke to have found a successful way to grow and have recruited in a sustainable way. Bringing in the right talent to support new business is vital, but consultancy owners also have to be mindful of not over-stretching themselves.

All of the consultancies we spoke to featured in our Top 100 consultancy survey, which you can view here.