The London-based consultancy has created a new corporate identity based around the idea of messenger apps’ ellipses devices. 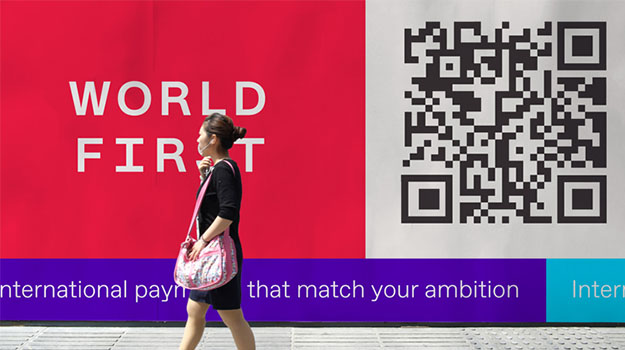 DesignStudio has created a new visual identity and “Do More” positioning for fintech company WorldFirst, a payments platform provider for small and medium sized enterprises and online sellers.

The consultancy was brought in to work with the brand around nine months ago on the strength of previous startup projects, such as the 2016 Deliveroo rebrand.

The new WorldFirst branding is based on the concept of a “kit of parts” rather than a traditional logo, centred around an ellipses device of three dots. “Do More” was chosen as a “refreshing and optimistic proposition” that aims to ensure clarity for internal teams, and align that with the external design expression of the brand.

DesignStudio principal James Hurst says that the brand was keen to move away from the dominant “default visual vernacular” that’s been adopted by other financial startups. “They wanted something that reflected their boldness, attitude and spirit,” says Hurst. “They liked the punchiness of the work we did for Deliveroo because it’s a brand that’s about far more than delivering food. WorldFirst isn’t just a company helping you move money around, it’s so much more.”

He adds: “The way people think about brands is almost like a kit of parts – they think they need a logo, and a digital template for a website of some sort – and everything starts to look and sound the same. Brands don’t even need a logo. Instead, we’ve given them the ellipses device because it shows that they’re never at the end, they’re always at the beginning. It shows there’s things to come, and so it’s a way to talk about action and what’s next, and the endless excitement of always being a bit restless. We wanted to push the branding into something that was very much alive in the world.”

As well as the ellipses device, DesignStudio put together a number of three-colour combinations to be used across the identity, each with different configurations of bright red, yellow, purple, green and blue.  Again, this reflects a desire to move away from what Hurst terms a “sea of sameness in the startup and tech world” when it comes to branding. “Colours are transitory things, and they also mean very different things in different places in the world,” he says. “I think we’re moving beyond a world where a brand can ‘own’ a colour. For WorldFirst we needed a coherent set of colours so that we’re not resting on a single one, which gives us a lot of flexibility.”

WorldFirst’s website, online platforms and apps all bear the new identity, which is officially launched at the Money 2020 conference in Copenhagen this week alongside the announcement of its new World Account facility. The company’s decision to rebrand was spurned by worldwide growth over the past five years that has seen it open new outposts in places including Amsterdam; Austin, Texas; Hong Kong and Singapore, in addition to its London and Sydney offices.

Hurst says: “For us, a brand is only really alive as soon as people use it and it trickles out into the real world. They’re growing very quickly and so people joining the company need to understand the key proposition and the personality and spirit of the place.” 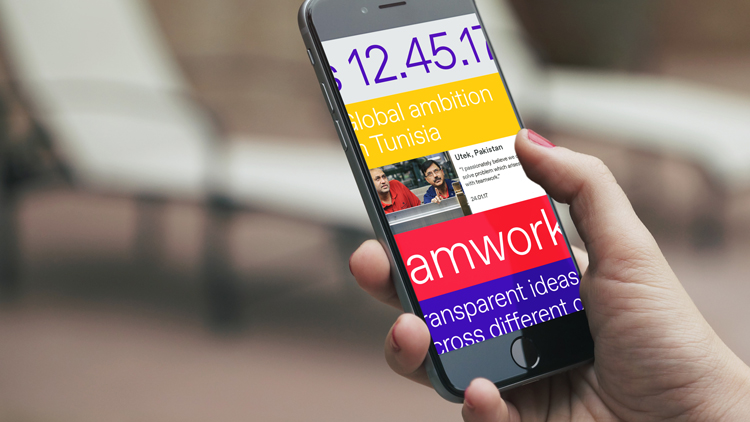 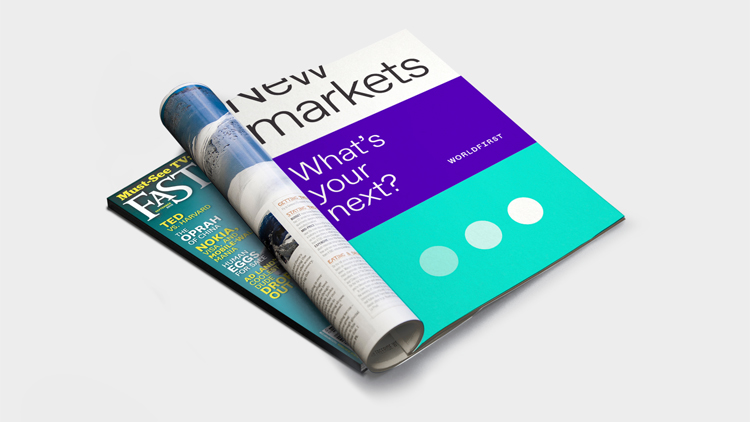