With big graduate shows going on in the last few months such as D&AD New Blood and New Designers, we ask designers to think about the work they most enjoyed creating as a student. 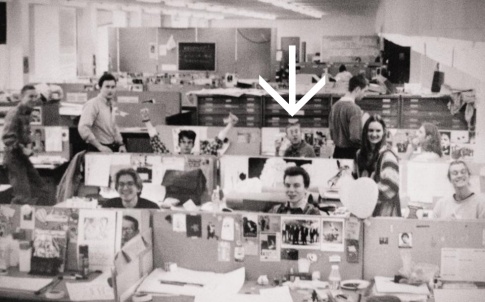 “If the past is another country, the language they speak there is very exotic. Let these words instantly transport you back to 1992: Safmat, Omnicrom, Syquest, Zip, Jaz, Quark, Bromide and (whisper it) SCSI Probe. My time at the University of Northumbria in Newcastle was filled with such linguistic delights (as well as Viz and massive Stottie cakes). It’s difficult to name a single stand-out project, as everything felt like such a revelation: using prehistoric Macs for the first time, the squeegee-powered joy of screenprinting, setting metal type, messing around with Hasselblads and Super-8s… all new, all amazing. But the project where it all came together was the final year D&AD student brief set by Pat Baglee, then of the charity Scope. Through that project, I understood the full range of skills required of me as a designer: listener, thinker, planner, writer, conceptualiser, typographer, photographer, art-worker. Design, I then realised, was brilliant. And flipping hard work.” 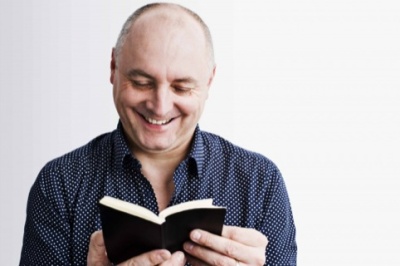 “Well, I did a packaging project for The Science Museum. Each item became a practical scientific experiment. Who knew that you can boil water in a paper bag or look over walls with a poster tube? (Other items included a hot air balloon bag and something fun with postcards, etc.) Yes, the type was lousy (it was hand spaced!), the logo went too far. Would I do it differently now? Sure, but the concept of encouraging you to think about the science that is around us every day is spot on. In fact, it’s more relevant to the museum now than when I did it. Maybe they should call me?” 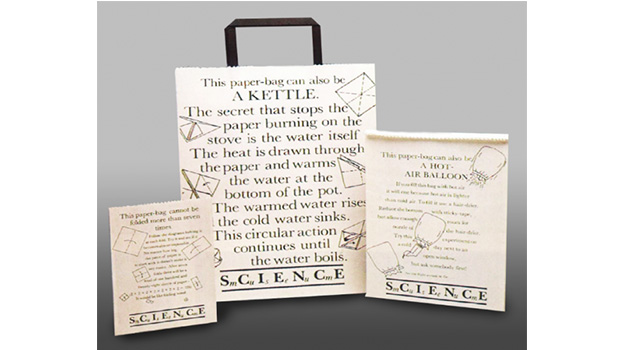 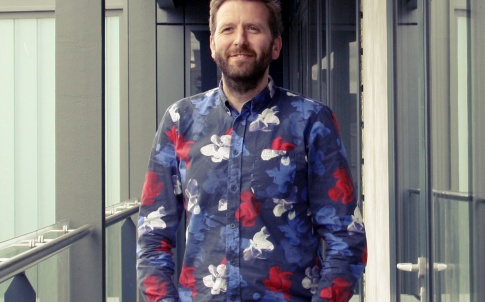 “My time at university was at the beginning of the digital revolution as we know it now. A lot of time was invested in the learning of applications such as Macromedia Director and After Effects without any guidance from tutors who were oblivious to the power of these programs. As a result, my learning was at times chaotic and not the best use of my precious college time. It was against this backdrop of banging my head against a wall that I decided to stop my projects being driven by the software and let the ideas come first. I created a rather ropey identity for an internet radio station named ibiza.fm, an innovation idea where DJs would broadcast sets direct to listeners all over the world, without a Radio1-like partner in-between. In 2000, this was still ahead of the times and it reflects many of the services that exist today sixteen years later. It was my first step towards learning the best brands use great ideas delivered with great technology. Without that combination, you’re a step behind.”

What was your best or favourite project you produced as a design student? Let us know in the comments section via the link below.