Brexit: What does leaving the EU mean for designers?

The UK public has voted for Leave in the EU referendum, with a 52% majority – we summarise what this could spell for the design industry. 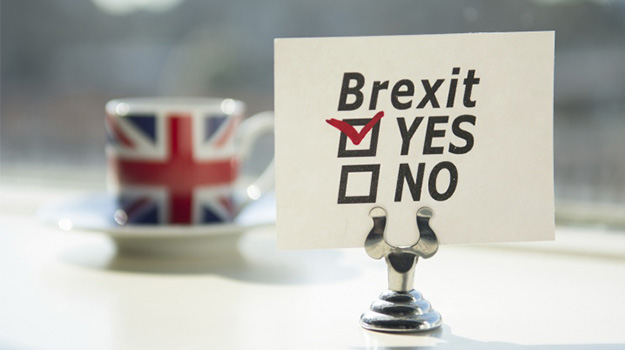 After 43 years of membership, the UK has voted to leave the EU, with a majority of 52% of the electorate choosing Leave and only 48% backing Remain – a landmark event in the nation’s history.

While Remain won in London, Scotland and Northern Ireland, Leave garnered more of the votes in Wales and the rest of England. The voter turnout was 72%.

David Cameron has announced he will step down as prime minister from October, and the sterling has already dropped to its lowest value since 1985.

What does all of this spell for the creative industries? Designers and creative leaders have voiced their concerns about how Brexit could negatively impact design businesses – their main reasons being less access to international talent and to exports, loss of collaboration with consultancies abroad, and potential damage to intellectual property and design registration laws.

Others have noted that there could be a silver lining, with a possible “reduction in red tape” in regulation for businesses, and also more flexibility over grants and loans due to less restriction on state aid.

Here’s a summary of what creative business leaders think will be the main consequences of Brexit:

The European single market allows the free movement of goods, money and services (including workers) across countries in Europe. But in order to qualify for this, payments need to continue to be made into the EU budget, and EU rules need to be accepted, according to the BBC.

Designers worry that the UK will have less access to this free market now we’re out of the EU, and therefore will lose out on receiving exports from European countries, which currently generate more than £10 billion a year for the creative industries, according to Creative Industries Federation chief executive John Kampfner.

It could also result in less creative talent, he adds. “This could prove a huge issue for the continued growth and success of the design sector – particularly when the Migration Advisory Committee has placed a number of design roles on the UK’s skills shortage list.”

It could damage the industry’s reputation as inclusive

The design industry is known for its global nature, inclusivity and diversity. It’s common for consultancies to have several offices across the world, and currently collaboration and travel between different design studios is not difficult.

Designers have said they are concerned restrictions on travel will hinder the production of high quality, creative work. Naomi Turner, head of development at Projects by If, says she has currently been working on an Arts Council-funded project in Nottingham in an international team.

“Over the last six months, we have worked with a Swedish design strategist, a Dutch film-maker and a Greek fine artist,” she says. “All have worked across borders, aided by technology and freedom of movement and ideas. Design is an international business, actively damaged by prejudice.”

EU design registration law has helped designers protect their work from infringement of copyright. Dids Macdonald, founder at organisation Anti-Copying in Design, questions: now that we’re leaving, will designers still be able to rely on this right?

Macdonald is also concerned the UK will now “lose its voice” in discussions around intellectual property law, which it has worked for “decades” to reform to help protect designers’ original ideas.

She adds that leaving also sparks uncertainty about what happens if a designer’s rights are infringed by somebody in another EU country – will the same rules of intellectual property infringement still apply?

We could lose EU funding for innovation, arts and culture

Until now, the UK has benefitted from EU funding such as Horizon 2020, an €80 billion (£65 billion) project which will provide funding for research and innovation across Europe until 2020. The UK has also been eligible to receive grants from organisations such as the European Cultural Foundation.

There are worries that the UK will now lose access to these funds, which would be “an enormous loss to the UK”, says Macdonald.

Being cut off from the EU would also mean freedom from the EU’s strict restrictions on state aid, which is defined by Europa as government support given to a company that would provide it with an advantage over its competitors.

Separation from the EU would mean that the UK could govern the distribution of grants and loans itself without having to answer to a parent. Christine Losecaat, chief executive officer at Little Dipper, says that this could be a good thing, but “only if the UK commits to continuing its support for the creative and cultural sector”.

The Creative Industries Federation has responded to the Leave vote with determination and optimism to engage the UK’s cultural community and safeguard its future. The main issues the organisation will be focusing on are access to funding and international creative talent, alongside creative education.

Chief executive John Kampfner says: “Within the UK, we will play our part in helping to bridge divides within and between the nations and regions of the country. As the UK creates a new identity and a new position on the world stage, our arts and creative industries – the fastest growing sector in the economy – will play an important role.”