The Graphic Design Portfolio Masterclass, organised by creative jobs site The Dots, took place this month – we speak to Pentagram, Studio Moross, Jones Knowles Ritchie and more about what students and graduates need to do to stand out. 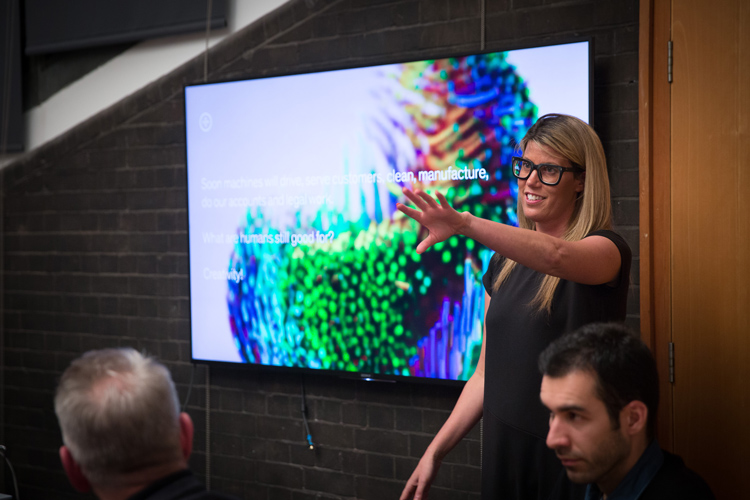 Last week, Pentagram’s studio, hidden down a self-named alley in West London, was filled with designers of different disciplines offering advice to graduates and emerging creatives.

In a speed-dating-style setting, the likes of various Pentagram partners, Kate Moross, Jones Knowles Ritchie and Facebook Creative Shop each took a table, while those who had signed up to the portfolio masterclass picked three designers from the list and moved around the room.

They were given a fleeting 10 minutes to showcase their portfolios, receive feedback and impress their chosen mentors with speculative or real-life projects.

The Graphic Design Portfolio Masterclass was organised by creative job site The Dots, as part of a series of workshops aimed at those working in different areas of the creative industries, such as advertising, digital design and publishing.

Design Week went along to the event, and caught up with the mentors to get their advice on how design graduates can make themselves and their portfolios stand out, and what they should avoid. With 230,000 students applying for art and design university courses this year, this is more important than ever.

Tailor your portfolio and be selective

A resounding piece of wisdom from many of the mentors is that less is more. “I’d rather see three brilliant projects in a portfolio that get me excited than 15 mediocre ones,” says Sean Thomas, creative director at branding and packaging consultancy Jones Knowles Ritchie. He adds that graduates should tailor their portfolios to their interests, rather than trying to cover a broad range of disciplines or categories. “Only put work in your portfolio that you want more of,” he says. “If you put lots of yoghurt packaging in there, you’ll get more yoghurt packaging work.”

Even better is showcasing work bespoke to a particular brand or studio. Thomas recalls a graduate who designed a conceptual limited edition Budweiser bottle – one of Jones Knowles Ritchie’s key clients. “Someone doing their homework really gets your attention,” he says.

Clever tricks such as taking on a brand’s style can also get you noticed, says Sarah Boris, D&AD judge and founder at her self-named studio. Boris says she landed her “dream job” as a junior designer at The Barbican when she showcased her portfolio on a leaflet she had created in the style of the organisation’s art gallery guide. “I probably shouldn’t say this, but I don’t think my portfolio was all that crazy,” she says. “But the marketing director told me the idea was what made me stand out.” 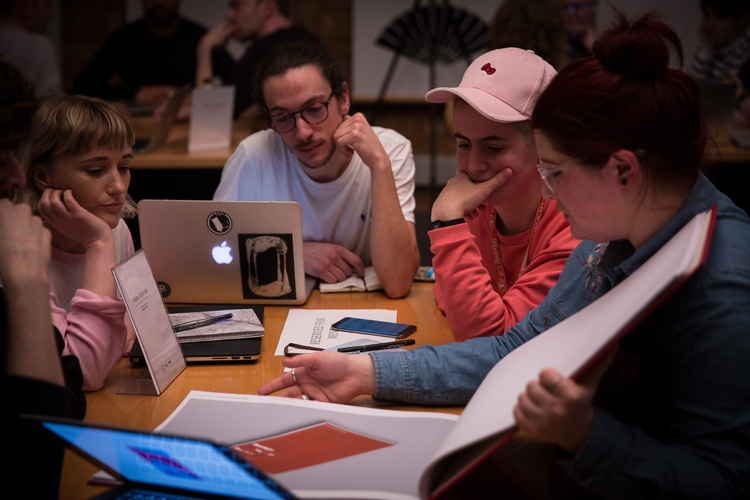 Let your work speak for itself

Designers are busy people, says Thomas, and will most likely scroll through a prospective employee’s portfolio on a phone on their lunch break – so too many words on a page can be seriously off-putting. “Don’t spell out why someone should like your work,” he says. “Your work should speak for itself. Brand strategy is important, but sum it up in one page. I hate it when portfolios are too copy-heavy.”

Kate Moross, founder at graphic design consultancy Studio Moross, adds that separate projects should be separated out in a portfolio to avoid confusion, rather than crammed onto a double page spread. “Give projects a bit more room to breathe,” she says. “And if there’s anything in your portfolio you need to sit with and talk about, then don’t have it in there.” 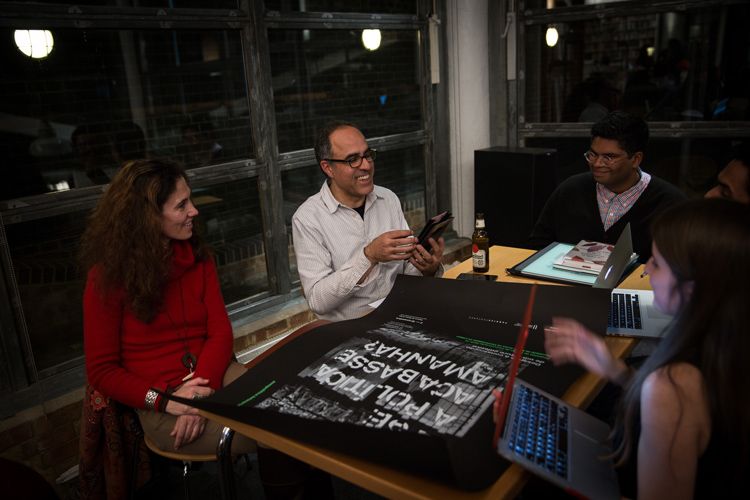 Student designers are not confined to client briefs in the same way that full-time designers are – so use this to your advantage and be daring, says Pentagram partner Naresh Ramchandani.

“Students aren’t constrained by production budgets or existing products,” he says. “So there’s no excuse for not having brilliance in your portfolio. I don’t need to see tidy jobs on real-life briefs.”

He recalls a previous student, who has since become one of the creative directors at Wieden+Kennedy, who created a marketing campaign concept for Coca-Cola that enabled the brand to have an active voice in culture and current affairs.

It involved asking the public through radio – now it would be social media, says Ramchandani – serious and light-hearted questions around politics and popular culture, and they would then “vote” by picking a “Yes” or “No” can of Coca-Cola in store. “It was audacious, crazy and wonderful,” says Ramchandani. “If it’s that dazzling, a company will find a way of making it work.” 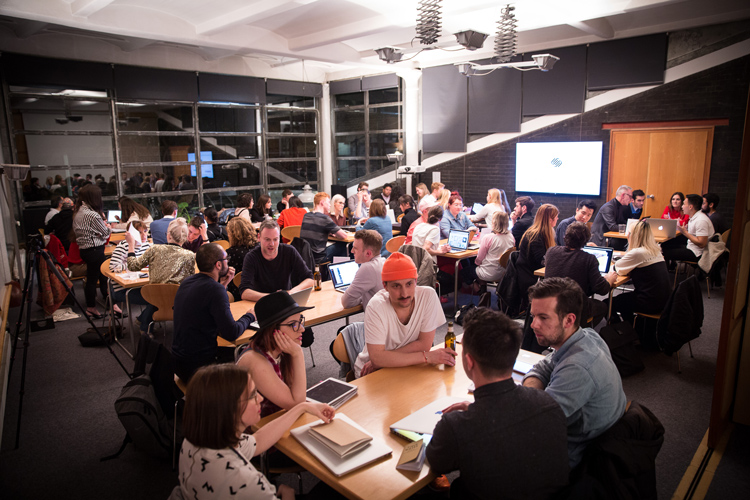 Being original is more important than ever, with an increasingly competitive industry and the tendency to use the internet as a key source, adds Thomas – so those who look for inspiration elsewhere will stand out.

“There are certain traits – diagonal slashes, broken-up type in a square – where I know someone’s just been on designspiration.net and copied top trends,” he says. “Draw inspiration from what you see around you, archives and interesting stories instead.”

But there is no problem with admiring the work of established designers, and in fact, it is actively encouraged to show interest in the industry, says Jay Chan, design lead at digital design consultancy Ustwo – as long as you do not just copy them.

“Choose people’s work that you like, follow them on social media, read their blogs – it’s a great education,” he says. “Take influence but find your own voice.” 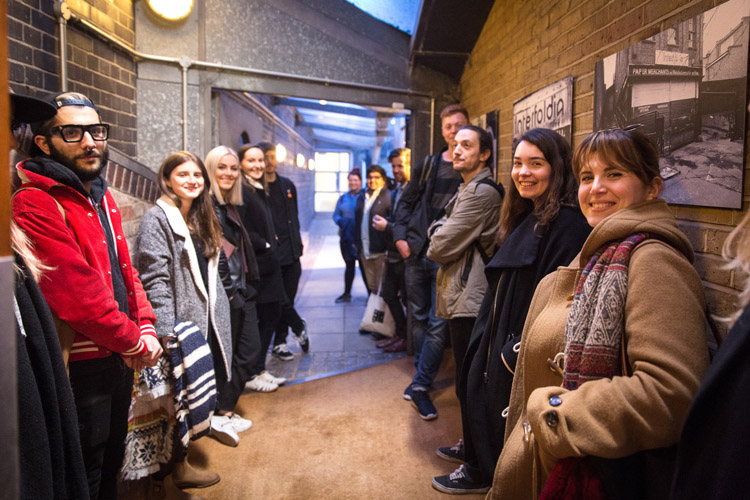 Try it out on someone else first

Being too involved with your own work can make you blind to how it appears to an outsider, the designers say. So before going into a pitch or interview, it’s a good idea to show your portfolio to someone else, whether they are a designer or not.

“Get a second opinion from someone who doesn’t have a history with the work like you do,” says Thomas. Moross adds that putting the perfect portfolio together requires “testing” – show it to people, see the response, change it around and check again.

Consider the wider context of your work

The impact products and services make on the world is increasingly seen as a priority, so designers need to have an awareness of this too.

Projects such as SH:24 digital sexual health testing kit and Ikea’s flatpack Better Shelter for refugees demonstrate responsible designing, while even big brands like Coca-Cola have given bottle crates a second purpose by filling them with medicines and delivering them to developing countries.

“Designers should understand they can’t just sell or promote something regardless of what it does to the environment around it,” Ramchandani says. “Nowadays, you need to show you have social engagement.”

Thomas adds that seeing beyond one, isolated execution of a design and understanding its wider context is impressive and shows maturity. “You need to think about why a brand is right for the modern times,” he says. “If you can see the differences of how it shows up on pack, on a poster and online, that shows emotional intelligence.”

Unpaid work is prolific in the creative industries and is a huge challenge for young designers having to undertake internships or projects to gain experience, Ramchandani says.

“Any city in the world is expensive to live in now, so too bloody right people have to be paid,” he says. “We have lots of short internships where we pay. I hope design consultancies are figuring out that it is not right.”

While work without any fee is generally scorned upon in the industry, other designers say that “industry rates” may need to be sacrificed when people are starting out, to get their foot on the ladder.

“Do work for cheap,” says Kate Moross. “Offer reduced rates to companies you’ve worked with. Build up a relationship and a portfolio, then in a year or so you can change your fees to the industry standard. It’s not just about money – it’s about opportunity.” 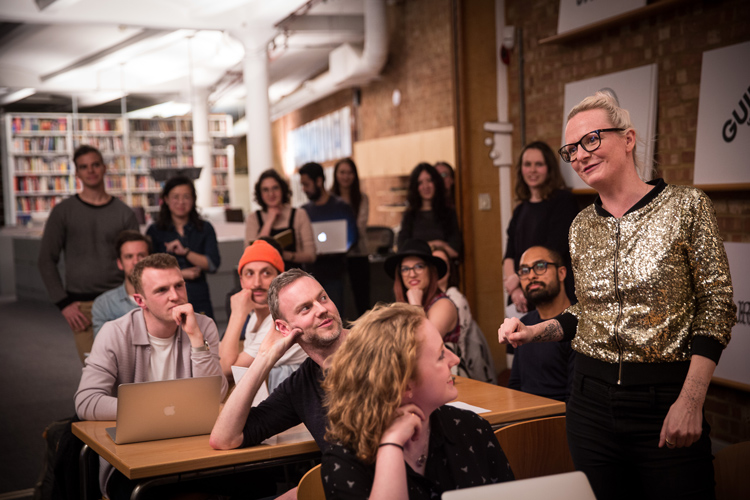 The design industry is becoming oversaturated, says Thomas. Creative arts and design is the fourth most popular subject group according to UCAS, falling behind only business studies, medicine and biological sciences. So an amazing portfolio will not be enough – you have to dazzle with your personality, too.

“Ego is the worst thing in the world,” says Ramchandani. “Don’t be a prima donna. When you meet designers, be modest, listen and learn – and don’t say ‘I’ a lot.”

Show your human side, adds Julie Seal, creative strategist at Facebook Creative Shop, by having a personal portfolio website alongside your studio website, if you have decided to set up your own business. This will allow you to have a place for more sensible work, and for more “off-the-wall, radical, silly stuff”.

“Keep doing side projects,” she says. “See it as professional and personal, good and naughty. Employers want to employ people – not machines.”